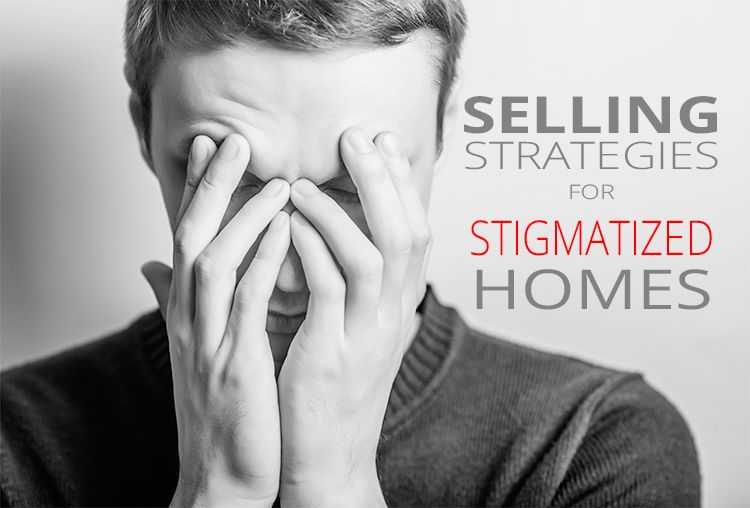 In the opinion of non-realtors, houses that were home to high-profile murders or crimes are probably worth a fortune. After all, once a house becomes “famous,” it’s sure to sell, right?

The reality couldn’t be further from the truth. “Stigmatized properties”, homes that were the scene of a crime, a suicide, or are rumored to be haunted—can be a serious nightmare for sellers. The home which set the initial scene for the infamous OJ Simpson trial, for instance, sold for far less than market value, despite speculation that it might sell for more due to the public’s propensity for interest in the macabre.

You can sell a stigmatized property, if you know what you’re doing. Here are some tips on how you can sell the house that has been declared, “doomed” for whatever reason by your peers.

The Truth And Nothing But The Truth

You are required by law to disclose the history of stigmatized properties. (This doesn’t apply to homes that are rumored to be haunted but weren’t the scene of any major crime. The law tends to avoid getting involved in anything ghost-related.) As tempting as it might feel after buyers have sprinted out of your open house after learning the truth, lying is never the right strategy.

Watch For The Thrill Seekers

If you’re selling a home that was the scene of a high-profile crime, an open house isn’t always advisable. These tend to draw a lot of thrill seekers, as in people who are in no way looking to buy a home but just want to see the scene of the crime. “By appointment only” can be very useful for selling stigmatized properties. This tends to weed out the thrill seekers, who are comfortable blending into the crowd of an open house but too embarrassed to actually go by appointment.

Adventurous buyers can sometimes be excited about the prospect of buying a haunted property. However, never entertain the paranormal. Even if you personally are a believer, leave tales of ghosts and spirits out of your selling approach. Not only is it unprofessional, but it can backfire when that eager buyer starts to believe the stories a bit too much.

According to a criminologist who earned their education through online criminal justice programs, there are some people who may break into a house just because it looks haunted. You can take steps to discourage this by keeping the exterior as nice as possible and discouraging rumors of paranormal activity.

Focus On The Positive

A stigmatized property is any home that carries baggage. It can oftentimes be a home that has been recently remodeled or is being offered below market value. Always focus on the positive when you’re showing buyers a stigmatized property. Steer conversations away from the home’s poor reputation and onto the brand new granite countertops.

A stigmatized property can be a challenge to sell; however, with the right strategy and focus, you can help buyers overlook the legends and lore and focus on the beauty of the home. For help with a bulletproof selling strategy, sit down with a First Team agent and we’ll explain just how we sell more homes than any other real estate brokerage in Southern California.