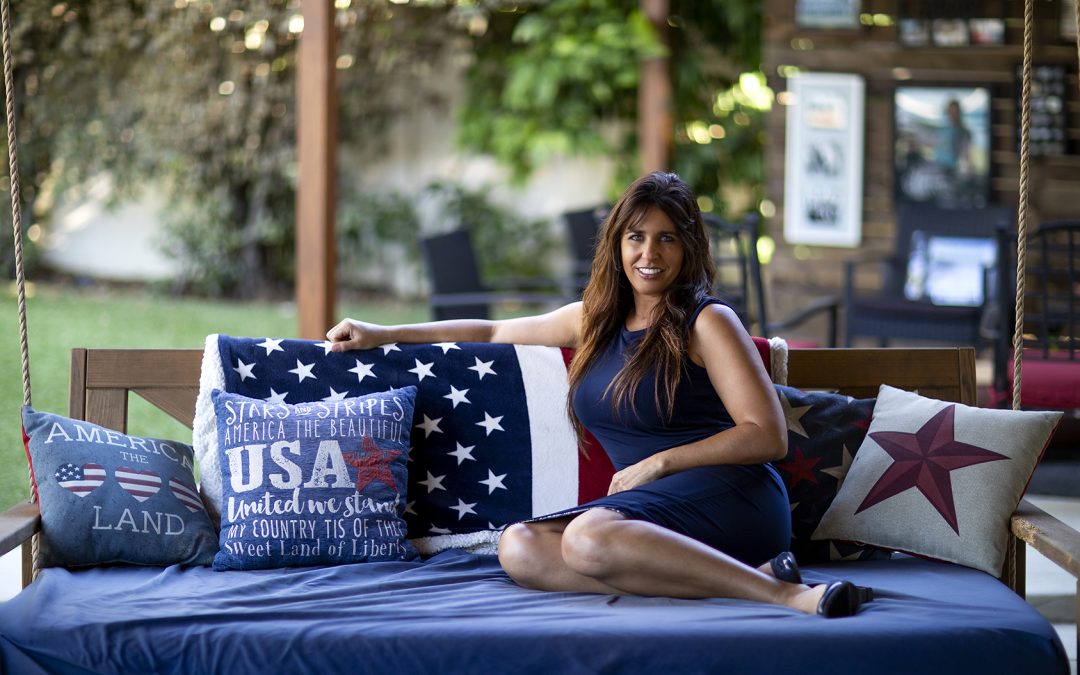 Michele Harrington is one badass woman. A New Jersey, hard-charging fighter who doesn’t sugar coat things, she constantly gives her all, never backs down, and exudes the American spirit. She has always been grateful for our country and has felt an extreme amount of patriotism, even as a child, which led her to enlist in the Marine Corps at 19 years old. 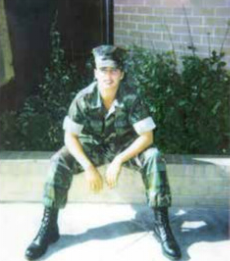 Michele spent four years in the Marine Corps as a C-130 Aircraft mechanic and deployed to Kuwait during Operation Southern Watch. As the only woman in her squad, she felt like she had a lot to prove. She took it upon herself to uphold the perception of women Marines to her male colleagues. She trained constantly to make sure her run times were as good as theirs (even though she was not a runner and hated it), made sure her Physical Fitness Tests were higher than theirs, and never fell out of a formation run.

The Marine Corps made Michele very thick-skinned, extremely disciplined and gave her a new appreciation for freedom and democracy, mainly because she had no freedom in the military. After graduating from Chapman University in 1997, she decided to not re-list. As she considered her next steps, she knew she didn’t want to work for anyone else, but she didn’t have much money to start a business. She thought, “What could I do to be my own boss with no money?” Then it struck her—real estate.

“Real estate is the best industry in the world, besides the military. It is the quintessential example of American Capitalism. It doesn’t matter where you are born, what degree you have, anyone can enter for very little money, and become extremely successful, if they work hard,” says Michele.

Michele had saved up three months of leave to get her real estate license and earned her first paycheck. She immediately found her experience in the Marines—the discipline and grit it required—to be a boon for her business. She did everything she could to get business and saw instant success.

“It was easy success or me compared to what I did in the Marine Corps, which was way more difficult than door knocking and cold calling,” she says.

As Michele’s success grew, so did her ambition. At 24 years old, she started purchasing investment properties, did a lot of creative financing and was very aggressive in getting owners to sell to her. She started with a 15-unit apartment building that was yellow-tagged for code violations, behind on the mortgage and in a bad area of Long Beach, turned it around, and purchased another 50-units. At one time, she had 75-units of apartment buildings in Long Beach. She managed them for about two years, but began to lose interest in the venture and decided to sell them and start her own real estate company instead. 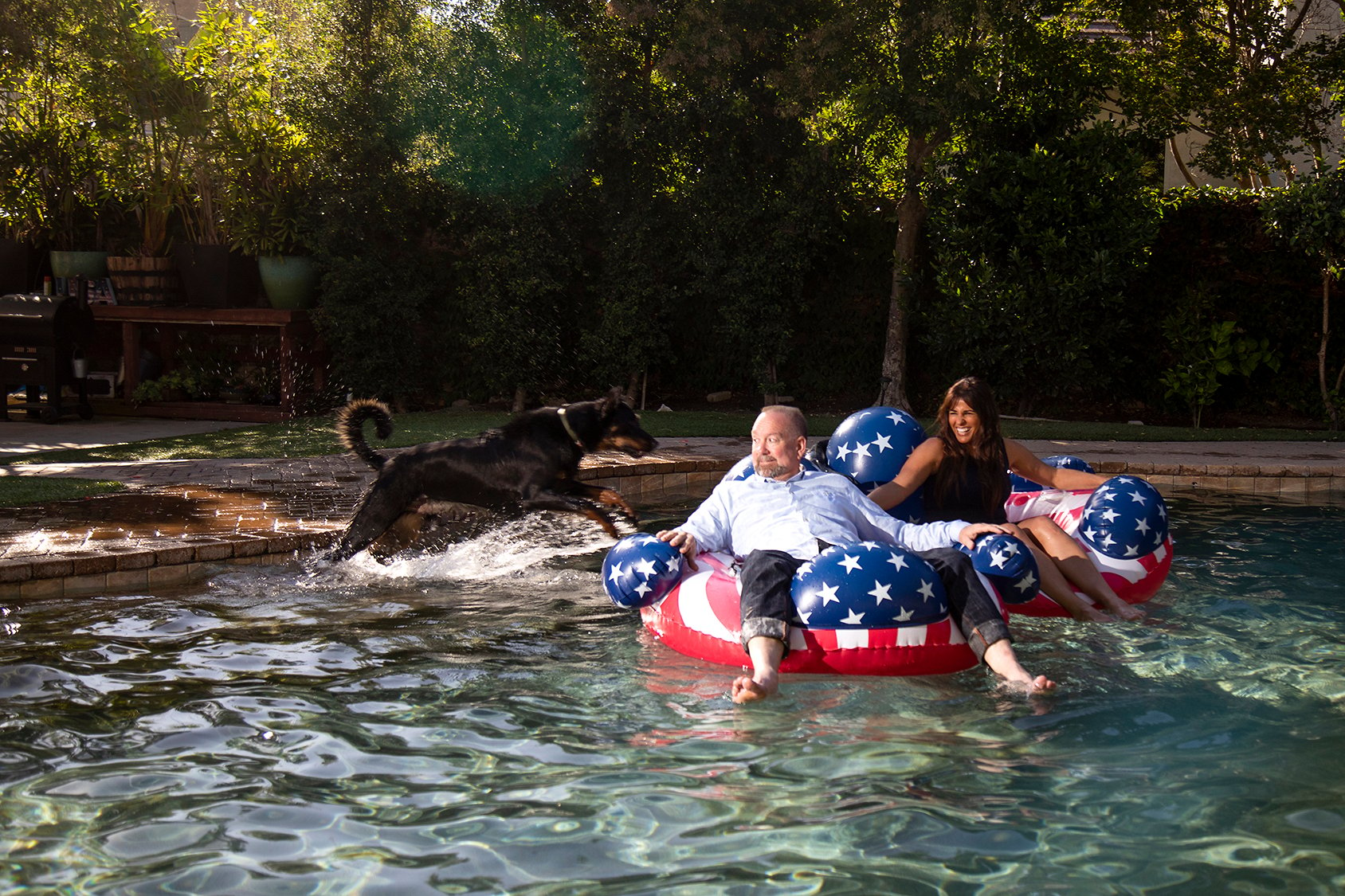 Charging headfirst with her new company, Michele moved into a 5,000sqft office in Aliso Viejo without any agents to support it. She built it out, began recruiting and hiring agents and did really well. She bought an ERA franchise, and after they saw how aggressive she was with the business, they helped her buy additional companies. So she purchased two in San Diego—Ranch and Sea Real Estate and Sterling Real Estate—and then expanded her company into Orange County. She had about 400 agents and things were looking really good. There was only one problem: she purchased all these companies in 2007.

As Michele tried to dig herself out of the debris, she sold off all her San Diego operations, lost all her Orange County operations, except for Aliso Viejo, which she was able to salvage after the landlord cut it back for her. Starting from scratch in 2009, she built her business back up again to a successful operation but paid more attention to profitability instead of size, something she did not do the first time.

Michele built her business up to 130 agents and then sold it in 2018 to First Team Real Estate, becoming the COO and Broker of Record under Cameron Merage. “Cameron Merage is an incredible leader,” says Michele. “I never had a mentor before, but I finally have someone who has done more than I have, who I can look up to and emulate and that’s really exciting for me.”

Michele feels like she’s finally made it in life now. She loves her job and loves her family. She and her husband, Dave, have three kids from previous marriages and adopted two kids from Ethiopia together. “We have such a cool family. We have so much fun hanging out, going on trips, paddle boarding and going out on the ocean in our boat,” she says. “I feel like life couldn’t get any better.” 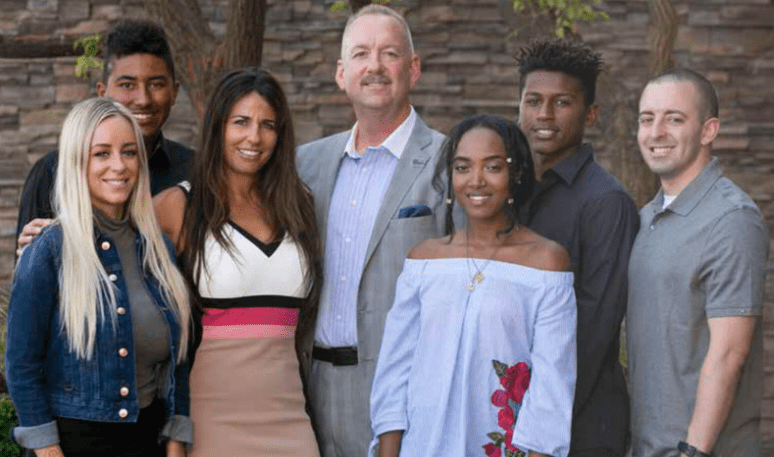